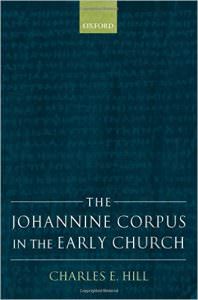 In this seminal work, the author takes aim at what he calls the “orthodox Johannophobia paradigm,” that is, the notion that John‟s Gospel was avoided by orthodox second-century Christians owing to its popularity among heterodox groups such as the Gnostics. According to this thesis, it was not until Irenaeus used the Fourth Gospel to refute… END_OF_DOCUMENT_TOKEN_TO_BE_REPLACED