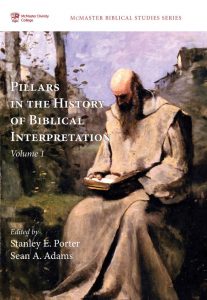 Theodor Ridder von Zahn, Karl Gustav Adolf von Harnack, and Adolf Schlatter lived in the engulfing shadows of the Enlightenment. This movement, with its quest for scientific objectivity and its confidence in human reason, affected every scholarly discipline, including biblical studies. One of the products of the Enlightenment was the historical-critical method pioneered by Johann… END_OF_DOCUMENT_TOKEN_TO_BE_REPLACED