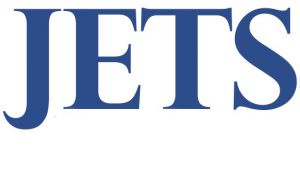 The 2002 JETS editorial reflects on the importance of pursuing a robust, biblical worldview in light of the events of September 11th, and also looks ahead to promising prospects for the journal.

John 10:16 is one of the major Johannine missions texts that sheds significant light on Jesus’ messianic consciousness during his earthly ministry. Almost exclusively, however, scholarly treatments focus on the fourth evangelist’s use of the Hebrew Scriptures without entertaining questions regarding the historical Jesus. Taking its point of departure from a study of the literary… END_OF_DOCUMENT_TOKEN_TO_BE_REPLACED 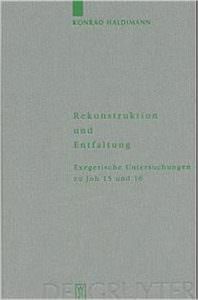 The method used in this work combines redaction criticism with an analytical philosophy of language. The title ―Reconstruction and Development‖ indicates that John 15 and 16 (the focus of this present volume) are considered to belong to a later phase in the development of John’s Gospel. Haldimann believes that these two chapters take up theological… END_OF_DOCUMENT_TOKEN_TO_BE_REPLACED 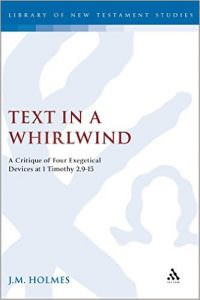 This work was originally a doctoral dissertation in 1995. Interaction with some later works has been incorporated, though it appears that the major argument of the volume essentially predates 1995. It is the author’s thesis that “several contextual, linguistic, grammatical and literary components in 1 Tim. 2.9–15 have universally been either ignored or misunderstood” (18)…. END_OF_DOCUMENT_TOKEN_TO_BE_REPLACED